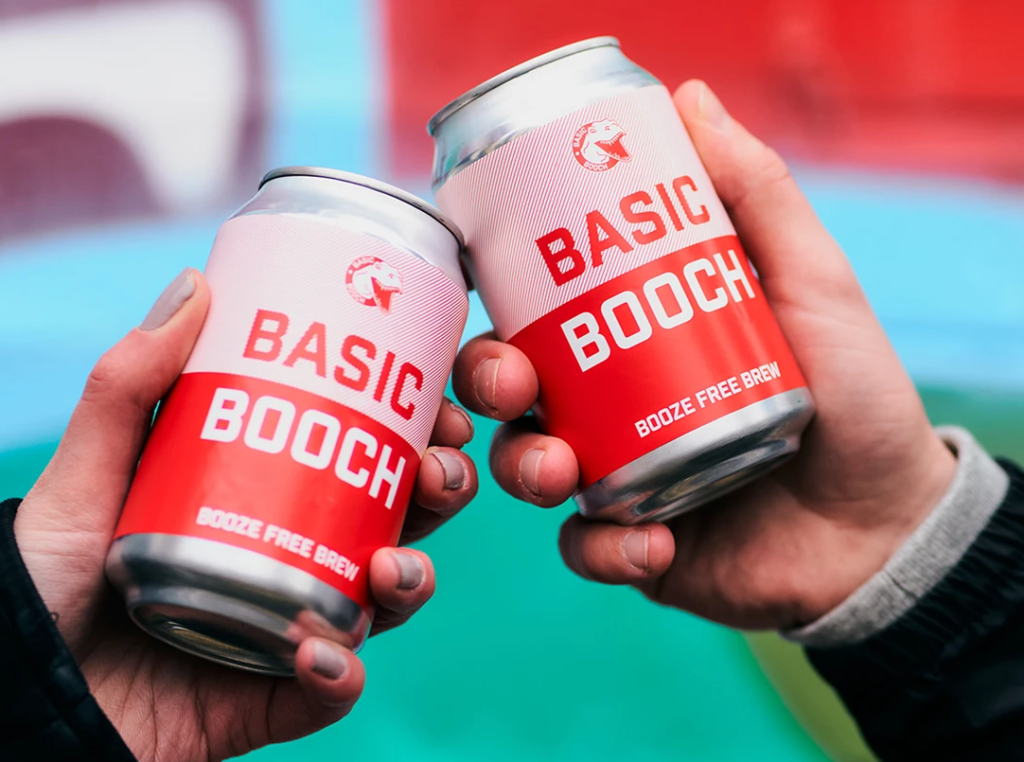 Some people are saying Dry January is cancelled. How can you stop drinking with all of… this?! But choices around alcohol don’t have to be black and white. And they don’t have to be boring either. So this week we have an exciting offer for you!

Last week, reports suggested that UK Dry January 2021 would be by far the most popular ever, with 6.5 million people taking part (versus 3.9 million in 2020). After a year of drowning their sorrows, people wanted a change. But then: lockdown. Eight days in, a third of people have failed their no-booze resolution. But does it matter? More realistic, and in line with the prevailing trends, is a more flexible and mindful approach to drinking. Damp January, then.

And it’s a great time to be drinking less. Alcohol-free beer is finally delicious, non-alcoholic spirits are widely available, and exciting new options are starting to emerge.

On which note, it’s promotion time! This week, one of the Good Business team, Ben, launched Basic Booch, a naturally booze-free brew that sits alongside alcohol-free beer as a tasty, satisfying and ultimately very cool alternative if you’re not drinking. Basic Booch is a ‘session kombucha’. The flavour is bold and bright with a tangy bite, it is full-bodied, refreshing and morish. If you’ve not been sure about kombucha before, fear not! Basic Booch is brewed to be approachable and easy to enjoy, and is pasteurised so you don’t need to worry about gut bacteria ruining your evening out (or in!). The message is simple: “Tastes banging, no hanging.”

If you’d like to try Basic Booch for free, simply follow the instructions here to get a four-pack and some merchandise – you only pay for postage.