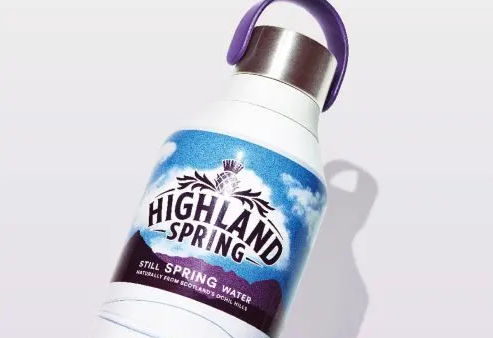 Although not its biggest headliner, Glastonbury’s ban on plastic water bottles has made some waves.

Elsewhere, though, the tide hasn’t yet turned on plastic pollution. Wimbledon fans took to Twitter to criticise the countless single-use Evian bottles that littered the sides of the courts. The world’s plastic pollution rate is set to double by 2060. And 481 billion single-use water bottles are still used globally each year.

Enter: Chilly’s. In a new ad campaign on World Refill Day, the refillable bottle company urged big water brands to ditch their plastic bottles in favour of reusables. In an open letter addressed ‘Dear Big Water’, the company announced that it had ‘designed reusable prototypes of your bottles and sent them to your headquarters’. Vans depicting the Chilly’s bottles – branded with Evian, Highland Spring and Fiji Water logos – were hired to circle each company’s headquarters. Partnering with environmental charity, City to Sea, Chilly’s also aired the message on social media and billboards, ending with the line “let us know if you want to chat”.

It’s a high-risk strategy. Fans of Tony’s Chocolonely might remember a similar campaign, in which Tony’s launched chocolate bars designed to imitate Toblerone, KitKat, Twix and Ferrero Rocher – but made with Tony’s slave-free cocoa. Brands directly calling out their competition need to be prepared for backlash. But for companies like Tony’s and Chilly’s, whose business models are designed around challenging an industry to do things differently, campaigns like this can also be high reward.

Maybe it’s a little self-serving to suggest every water company uses your refillable bottles – and unrealistic to expect every individual to do so. But if you’re a genuinely purposeful company, doing good and growing your business are two sides of the same coin. We think this is a welcome provocation to an industry that needs to radically rethink its business model. Let’s hope big water feels the same.

Turning to the light